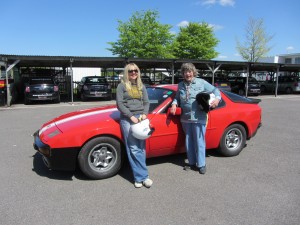 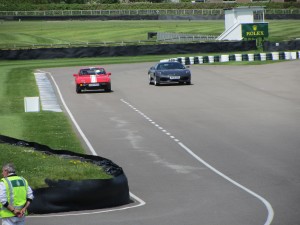 What a difference the sun makes. Goodwoods ladies track day (men were allowed as well but in different groups) was blessed with a sunny day making it a very enjoyable event. Valerie went on track first and her friend Samantha a couple of groups later, both with an instructor on board. Both ladies enjoyed themselves and were improving their times throughout the afternoon. Keith and I had a little play as well. The Porsche performed perfectly. Not the fastest but fun nonetheless. 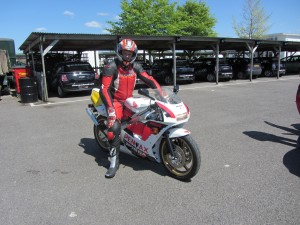 Unexpectantly I bumped into a some friends, John on one of his bikes, out on a run in the sun and Ben and Caroline. Caroline had been out on track in the morning session with her Porsche Carrera. I asked Caroline how she had got on, the grin on her face said it all.

Snetterton 5th and 6th May

Crashed on Thurs, 28th, all done and finished with a few extra upgrades by today the 3rd. The Ashley GT is looking really good and fit for Snetterton. 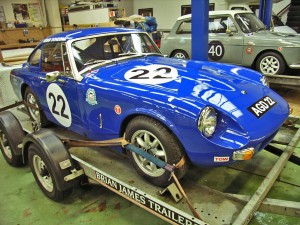 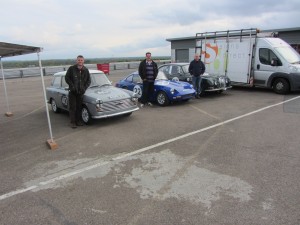 All of us Friday eve. at a very cold Snetterton after having the cars scrutinised early ready for Saturday. Keith was with us as well, he was taking the pic. 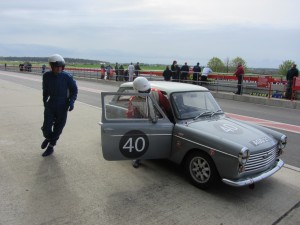 Action shot of the driver change during the touring greats race Sunday morning. I’m getting in while Aidan rushes to help with the belts.        Pic. by Lee Taylor 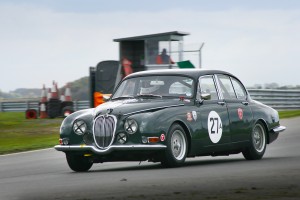 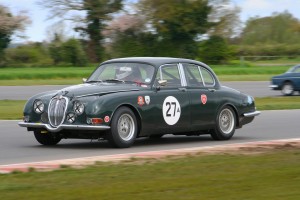 Had a good qualifying Saturday morning in the Jag ‘S’ type, got down to assembly area a bit late so was almost last to get onto the track. Managed to put the Jag 9th on the grid out of 25, on a dry circuit. Had a good race although a little lonely at times. Managed to keep a Lancia  in my mirrors  whilst trying to catch a car I could just see in the distance every now and then. Crossed the line 7th. Had a couple of issues with the car. The brake pedal would go completely solid now and then, and the engine  cut out a few times as well, causing some heart stopping moments !

In the GT race, Aidan and the Ashley went well,  after having a bit of a coming together at the start, no damage other than a few tyre scuff marks. Having had a good race, Aidan finished well up the list 5th overall and 3rd in class.

Sunday morning stayed dry for the Touring Greats race in which the A40 was entered. Aidan went first and got a good start which put us up the list a bit, and had a few frantic dices during his race. We had a good change over, then it was down to me to maintain station, which I did with only a few of the faster cars lapping me. We finished 15th overall, 1st in class.

Photos of the Jag by Kelvin Fagin. A few more pictures in the gallery under Racing pictures