A bit late, but here’s a short report. 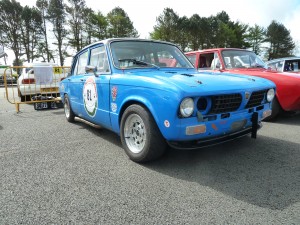 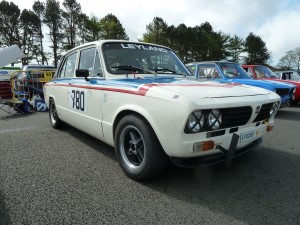 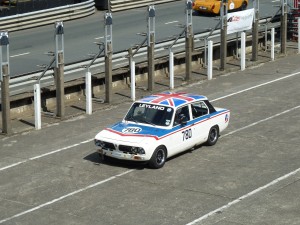 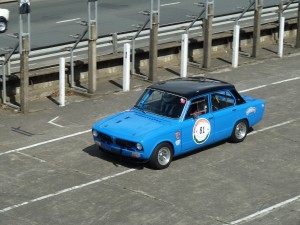 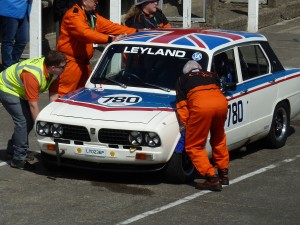 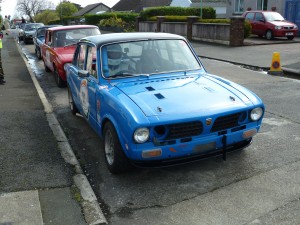 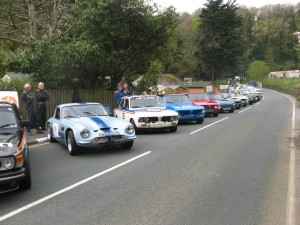 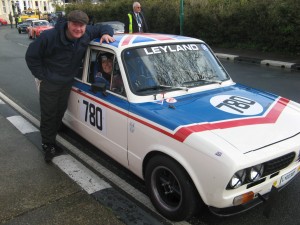 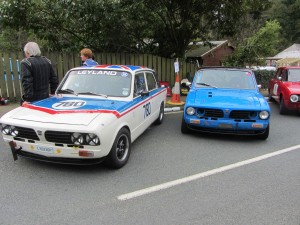 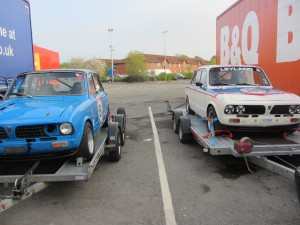 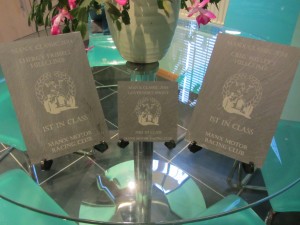 Wednesday was the drive up in convoy with Tony and Sam Browne, with their Dolomite Sprint. Both of us trailering our race cars. The trip up to Heysham from Hampshire went well with Ben and Caroline Tomkins catching up with us about an hour or so out from the ferry terminal. After a good crossing we landed in Douglas with a short drive to our hotel, where we unloaded the cars and drove up to scrutineering. This was quite strange to drive my race car on the road, legally!! For the duration of the event my race car was road legal. My race number was effectively the cars registration for the island and the scrutineering was its safety check. I have to say the novelty soon wore off as it’s uncomfortable, noisy and difficult to drive in traffic, well out of its comfort zone. I have been to the Manx Classic before but as a mechanic to Austin Healey 3000’s. The format is slightly different to the ones I remember. Thursday dawned bright and sunny, a good day to go racing, other than all the clutch fluid having drained out over night. I had had some trouble with the clutch at Silverstone with the clutch slightly dragging. This turned out to be a small pin hole in the braided hose going to the concentric clutch slave cylinder. This hose was replaced just before the Manx event. Unknown to me one of the fittings was slightly larger internally so wasn’t sealing properly. Fortunately I had the original hose with me and both hoses used reusable fittings, so, with Bens help, it was a simple matter of swopping one of the fittings over, problem solved. This was the only issue either of the Sprints had throughout the event. The first event was the Governors Sprint. This event was run in the afternoon and evening on closed public roads, 12 noon to 3pm and 6pm to 9pm the road being opened between 3pm and 6pm for the rush hour traffic. We were set for two timed practice runs in the first session and two timed runs, that count, in the evening session. However, due to a few incidents some of us had only one practice run, with others having only one timed run. Tony ended up with only one timed run, much to his frustration as he had encountered a pheasant wandering across the course. I took a class second place in the Sprint with a run that had its faults, as you will see from the in car video.

Friday was an early start with a drive to the first hillclimb at Creg Willey. Again the format was two timed practice runs in the morning, with the two timed runs that matter in the afternoon. This event was my favourite of the three. I could remember most of the corners by the end of the second practice run, with the only hazy bit being the distance between the first few corners. My first timed run was red flagged at Sarah’s Cottage. The TVR in front of me had hit the bales coming out of the right hander at Sarah’s Cottage. He was out for the rest of the event. My second timed run gave me class first place. As will be seen from the in car video I was hesitant through some of the first corners as this was my hazy bit, there was also an unnecessary gear change in there. As always one more run would have sorted it !  Saturday morning was wet, and on our way to the third event, over the mountain, very very foggy. Lergy Frissal hillclimb is a tad under 1 1/2 miles long (as is creg willey). The weather cleared to again a lovely sunny day. The format again was two practice timed runs in the morning and two timed runs in the afternoon. My first practice run was on a damp road, didn’t get a second practice run as a TR4 had had a bad accident, driver was a bit battered and bruised but ok. The TR was very bent but I have since heard that it will be repaired. After lunch the timed runs started. My first run was going ok until I caught up the TVR in front with a misfiring engine, that was the end of that run. My second timed run went ok with no interruptions and gave me first in class for that event. I didn’t really get to grips with this hillclimb, as will be seen from the in car video. I was  hesitant where I should have been foot flat to the floor, again a few unnecessary gear changes. Was never really sure where I was. One more run would have sorted it !!

Tony and Sam Browne were double driving their Sprint and both did very well with Tony taking two third places and with Sam’s times falling with every run. A good event for team Sprint.

I really enjoyed my trip to the Manx Classic and have every intention to return next year. Perhaps there maybe a few more sprints to show off their ability.